Appeal from Yemen for Easter: Fr. Tom Uzhunnalil, a Catholic priest, is still missing and threatened to be crucified by Daesh

Posted on 26 March 2016 by terrasantalibera

Daesh, in Yemen on behalf of the al-Saud family, is committing, as always, horrendous crimes, in the conspiracy of silence by the Western media enslaved to U.S. and Israel.
(HolyLandFree Newsroom) 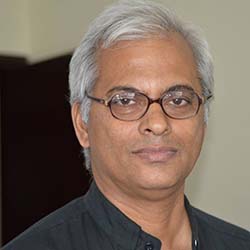 By Salesians of Don Bosco

One week after the attack on the house of the Missionaries of Charity in Aden, in Yemen, there is still no news of the Indian Salesian missionary Fr Tom Uzhunnalil. Fr Francesco Cereda, Vicar of the Rector Major, gave several interviews in recent days to maintain media attention on the death of the Sisters and the situation of the missing Salesian.

“So far we have no hypothesis regarding the reasons for his disappearance.  It seems that it is a case of kidnapping” he told the Italian newspaper Avvenire. “The Indian Minister of Foreign Affairs, Ms. Sushma Swaraj, has given an assurance that the government will do everything in its power to locate Fr Tom, to have him released and to bring him back safe and sound. The Indian Bishops’ Conference, and in particular the Apostolic Vicar of Southern Arabia, Bishop Paul Hinder OFM Cap, are taking every possible initiative.”

Fr Cereda also confirmed that “the other Salesian priest in Yemen is in a safe place and keeping in constant contact with his superiors in India, almost every day. Apart from an understandable state of concern over the present situation, it seems that he is well.”

The Vicar of the Rector Major is amazed at the “deafening silence of the media”. “I cannot explain this indifference to which Pope Francis referred at the Sunday Angelus. This seems to be a sign of the change of values ​​in traditionally Christian countries … On the contrary, in India, a country with a Hindu majority, there was sufficient coverage of the event.”

On the Salesian presence in Yemen, Fr Cereda told the Catholic News Agency: “We were aware that the situation was getting worse by the day … we realized that if all went away it would mean being deprived of the only organized Catholic presence in Yemen … so the decision was left to each individual.”

Regarding the future of Fr Uzhunnalil – and another Sister of the Missionaries of Charity who is also missing – Fr Cereda said:

“prayers are being said around the Salesian world for his early release. We believe that these efforts are not in vain”.

In a video posted on the social networks, the Rector Major, Fr Ángel Fernández Artime, appeals to the whole Salesian Family for prayer for peace on Holy Thursday, with a special intention for Fr Tom Uzhunnalil, the Salesian kidnapped in Yemen.

Holy Thursday is a key moment of the liturgical year. On Holy Thursday Jesus instituted the Eucharist and the priesthood, he began his Passion and was totally abandoned to the will of the Father. This is why the Church has always celebrated special vigils and moments of intense prayer on that day.

For this very reason, looking at the suffering in so many parts of the world, “with so many people of different religions and confessions suffering a real martyrdom”, Fr Á.F. Artime invites everyone “to spend a time of very intense prayer on Holy Thursday evening, as we accompany Jesus in the pain and loneliness of Gethsemane”.

“I sincerely hope that all our Salesian Family throughout the world and our young people will be united, in different places and at different times, in this one prayer for peace” continues the video message.

Speaking on behalf of the whole Congregation, the Rector Major “also expressed our closeness and our solidarity” with the family of Fr Uzhunnalil. While assuring them that he is monitoring closely the painful affair, he asks the Lord to give Fr Tom “a deep peace that he may live through the experience trusting in the Lord Jesus.”

Declaration of the Congregation
with regard to Fr Thomas Uzhunnalil

“The situation is still uncertain and we are unable to furnish specific details on what might have happened to our confrere, and where he is right now.

However, we are in constant contact with the local authorities and with his Province of reference (Bangalore-India) to receive updates regarding the investigations, with deep sentiments, hoping to be soon in communion with our confrere.

Our heart-felt and profound prayer for Father Tom Uzhunnalil, in the hope that he can be back with us quickly to continue his valuable service in the mission;

In the hope founded in Christ that every drop of blood shed is the seed of the fruits of peace for the people whom they were serving, our remembrance for the four Missionaries of Charity Sisters and the civilians whose lives were cut short by senseless violence.

Like Don Bosco and Mother Teresa who served the least with their lives for the mission, the path to their own sanctity, so too our presence in places marked by division and poverty testifies to the faith in the Christian message that from every cross flows the Resurrection.”

Fr Francesco Cereda, Vicar of the Rector Major of the Salesians

Four Missionary Sisters of Charity, the congregation founded by Mother Teresa of Calcutta, were murdered by a group of armed men who attacked their convent, in the Yemeni city of Aden. As of now, there is no news of the Indian Salesian Fr Tom Uzhunnalil, who resided at the Sisters’ convent. The news from the Apostolic Vicariate of Southern Arabia is confirmed by the Agency Fides.

In addition to the sisters, the driver and at least two other Ethiopian employees of the community were killed during the terrorist attack. The Mother Superior of the convent escaped. The elderly and disabled people housed at the community are all alive. As yet, there is no news of Fr Uzhunnalil who has been residing at the Sisters’ convent since the Holy Family church in Aden was looted and set on fire by unidentified armed men last September.

Two of the sisters who were killed were Rwandan, one was Indian, and the fourth was from Kenya. At the moment, the superior of the convent is providing information to the police who have taken custody of the bodies of the sisters and other victims.

NOTE: The contents of the articles, speeches or comments on this page are of sole responsibility of their authors. The team and the editorial staff do not necessarily subscribe every point of view expressed and are not responsible for any inaccurate, incorrect or offensive statement in this article. Complaints and corrections (verifiable) will be welcomed and accepted. Copyright owners can notify their claims to us, and the verified contents will be removed.

SCROLL DOWN TO READ OR LEAVE COMMENTS